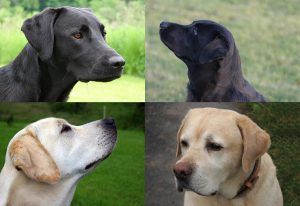 We love our furry babies and I think you all want to know a little more about the Labrador retriever history.

Where do they come from?

So…as far as I know from different sources, Labradors originated in Newfoundland and they were called St John’s dogs of Newfoundland dogs.  Most of the people there were working as fishermen and those wonderful retrievers were helping them. They were used to retrieve fish which fell from the fishermen’s hooks.

St John’s dogs, or water dogs how they were named, developed along with the fishing occupation. They were very friendly dogs, good workers with an amazing ability to retrieve things. This is why later they were used in hunting. 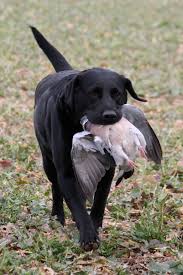 For sure St John’s dogs are the ancestors of our Labradors, dogs with the oily short coat and very dense to help them resist the cold water.

St John’s dogs were very similar to the modern Labradors we know. They had short waterproof coat. The color was black and white in the early days. They were not all the same. Some had longer hair but Newfoundlanders preferred the short coated because they were better for swimming.

The longer coated dogs were exported to England. They looked more like a border collie.

The ancestor of our sweet Labs didn’t have those floppy ears that we all love. 🙂 Their ears were forward facing, much healthier.

From these beautiful dogs resulted in two breeds: one is the short coat Labradors, the other is the longer hair, large dogs that we know today as Newfoundland.

Why Were They Called Labrador?

Maybe you think the name Labrador is associated with Labrador in North America? Maybe this can be an explanation because Labrador is situated northwest of Newfoundland.

But there can be another reason for the name of this breed. This dog was adapted of a variety of difficult jobs (retrieving ropes, nets, lines) and they were working in very rough conditions. It is possible the name Labrador came  from the Spanish labradores (work man) or Portuguese laborer. Also this name can be with the village in northern Portugal , Castro Laboreiro where those dogs were used to guard livestock. 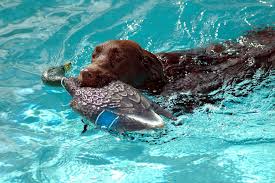 Anyway, we know for sure that our energetic retrievers had ancestors in those hardworking furry dogs. Labradors were and are dogs that need to do tasks, to help their owners. They love working and they want to be useful.

When And How They Developed

As we can see in a picture of one of the first St. Johns dogs, Nell, they had white markings on their feet, on their faces, and on their chests. 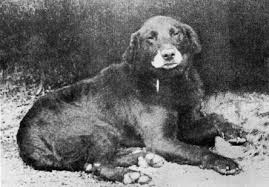 In 1823 Sporting artist Edward Landseer painted a black dog with white spots. The name of the painting was ‘Cora.A Labrador bitch’

By the early 1800’s their coat was finally smooth like the Labradors we know today.

At the beginning of 20th century, by 1930 the St John’s dogs were extinct and an important role played the new taxation placed on dog ownership in North America and the rabies quarantine in the UK.

In 1835 the 5th Duke of Buccleuch, Walter Scott started the kennel of St, John’s dogs in Scotland and in the same period James Harris, the 2nd Earl Of Malmesbury started breeding them for hunting because they were excellent gun dogs.

Their sons met shooting in the late 1880’s and this is how the 2 kennels developed. They changed dogs in 1882 when 3th Earl of Malmesbury gave 6 dogs to the 6th Duke of Buccleuch. The Buccleuch kennels still exist and they bread high qualities dogs.

Hawker characterizes these dogs as ’by far the best for any kind of shooting, often black than any other colour…’ and ‘their sense of smell is hardly to be credited….’

In 1899 the first yellow Labrador was born at the kennel of Major CJ Radcliff, his name was Ben of Hyde.

In 1903 the Labrador retriever was officially declared a pure breed by the Kennel Club in England, and in 1917 by the American Kennel Club. This is when Americans started importing Labradors. Late in 1930, Chocolate Labs were first known in two kennels from England: Cookridge and Tibshelfs. 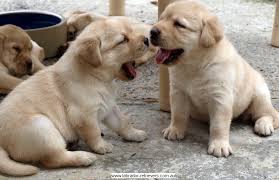 In 1940 and 1950 after the 2nd world war, the popularity of Labradors grew in America because of the economic and social change. They used them in any way of life, like a companion, for hunting and fishing.

What Colour Are Our Beauties?

In the beginning, Labradors were only black but they carried genetic codes to give birth to brown and yellow puppies later. For many years Chocolates were called ‘liver’ and they were not the most favourite. The preference of the shooting people is the black Labrador until today.

Now the yellow Labradors are preferred for a family dog, for blind people and for therapy dogs. The Chocolates are rare and the most expensive of all of them. They all make wonderful companions gun dogs and swimmers. 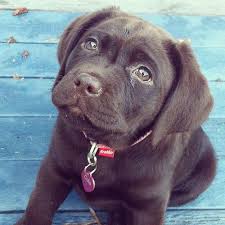 Any colour our furry puppies are – they are our best friends, lovable characters, helpful companions and the sweetest babysitters 🙂

I think this is enough for a small introduction to our Labrador Retrievers… I just took you back in time to see how they developed and how they came into our lives.

Thanks for reading and any question you have, any comment you want to make…. Fell free, I am here 🙂